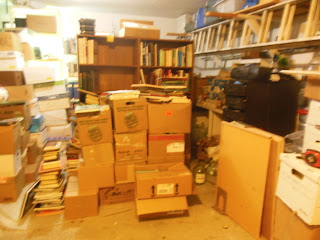 As we speak, books in white banker  boxes dance with books in brown cardboard cartons in the garage, a sight I have not enjoyed since last winter when we found ourselves tramping through the dark heart of January to buy books on a semi-truck.. At least this time there was no climbing involved, no shivering, no hands the color of boiled lobsters, no skating over glazed tree roots, and, the best part of all, no uglies -- just the good, the bad, and the very good.  It may not seem like it, but this is HUGE. We always get some uglies – remember Ugly House a couple years ago? Well, this time we finally bought our books in a sedate and pleasing atmosphere. And get this --  none of them smelled bad or littered the floor with pieces of themselves. Now that’s what I call PROGRESS!


Of course all these books weren’t free and we did spend a lot of money, but it was a great deal and  I have zero regrets. I don’t know how many boxes we’ve gone through because Eric unloaded quite a few and transferred the books to the shelves in the garage. From there I’ve listed 58 online and taken 32 to the antiques mall. So far I’ve sold two – one at each venue – but both were decent sales, if a bit odd. I have beautiful architecture books, a special limited edition of the 1937 Audubon Birds of America in mint condition, a slipcased  pristine copy of the first modern printing of Catlin’s Drawings of the North American Indians as they were rendered in pencil with their accompanying notes in his sketchbook., and  much Ohioana and ephemera. But what did I sell? A book about the New England Society in Cleveland from the early 1930’s and another about the Pittsburgh Glass Company, also from the early 30’s. The latter was a thing of beauty though – fabulous pictures. I sold it once before a few years ago on ebay, but that was back in the day when the bay knew how to play nice with others. 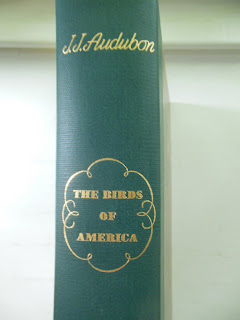 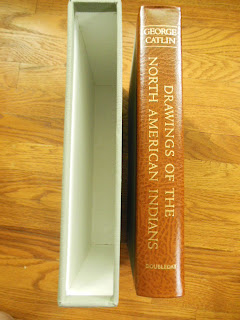 To say that I feel a sense of optimism right now is a massive understatement of the highest order when  the garage is so pleasingly full and  only half of what we bought is even here yet. We have to go back and get the rest next week or maybe  the week after. Meanwhile I love the way I look at a shelf and immediately pick out maybe two good titles and then later go back to the same shelf and awaken several sleepers. A perfect example of the latter  is my favorite ephemera piece – a scarce item about the Mayflower Hotel in Akron. My parents had their wedding breakfast there in 1949, but for me it’s forever linked with summer when the Soap Box Derby came to town. The press, WHLO radio, a band, and pretty high school cheerleaders and majorettes gathered outside the hotel and as each racer pulled up in front  (in those days they were all boys) music played, the girls kissed the  would-be conquering heroes, and Akron’s biggest summer event was officially launched. The building still stands, but the grand Mayflower receded into history which makes my wonderful find all the more meaningful. 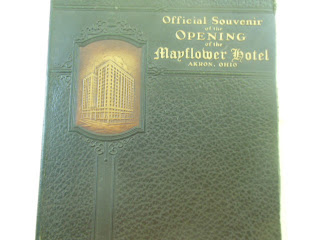 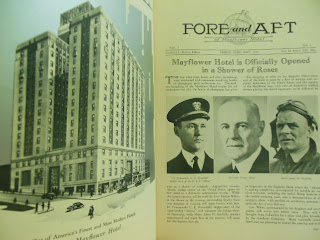 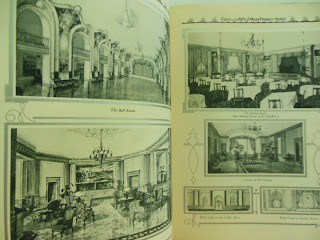 In the midst of this joy, however, my husband’s secretary of 36 years suddenly died, so there were a few days of shock,  incredulity, and sadness. But with it came a monumental sense of  NOW. At the service the rent-a-minister (who was quite icky) said over and over that the woman he had never met “squeezed every drop out of each moment.” I wish it were true but I don’t believe it. None of us really do that, but some of us try hard. I’m a trier and I’m going tto try even harder now, though I must say that my work as a bookseller has been the most fulfilling job of my life aside from  raising my children.


And that’s precisely why I’m either whirling, twirling and throwing confetti, or whining like a gnat in your ear!
Posted by tess at 11:37 AM

Catching confetti over here! I love the looks of that Audubon, given my husband's love of birds. But I know it is out of my league. I would keep the lovely Mayflower. That was a gift to you for memory value alone. Glad this one has rejuvenated you enthusiasm for the book selling business. Have fun finding the right homes from them at a good price to recoup some of that big layout.

No comment. You are right! I was very happy to see your renewed and rejuvenated hope in the book selling world. I love the way you listed the photos of the books on the page, and especially on your website. Makes it very easy for we buyers to click add to cart! Keep up the good work, and glad to see a new post.

Thank you for the kind words and encouragement. It is so cool to have a customer here. I think most of my readers (if there are any left since I've gotten so lax) are booksellers. But I like THEM a lot too! :-) Seriously, I appreciate you all.

Glad to have a post on the old blog. I read anything you are willing to write because you always have such a great knack with words. I wish I could just take the pictures for mine and hire you as my ghost writer!

Well, I could say the same about you and the pictures. You are a superb photographer and I'm like a six-year-old with an old Kodak. Glad you like the blog though. I have been feeling like I've lost my touch because I used to do three a week sometimes. When you don't write for awhile it gets hard!

The Mayflower Hotel piece is gorgeous and a beautiful piece of Akron history. And I love your vivid memories of the Soap Box Derby heydays. People who experienced that era first-hand own a special piece of history.

Yeah, the Soap Box Derby was a big deal in Akron back in the day. I totally love the souvenir which is so thick it's practically a book. I can't find a comparable, so am going to take it to NOBS and see what the old-timers think. And then I going to stash it under the bed until the 2014 book fair. The reason I had such a great fair last year is because I kept the really good stuff back.

The Mayflower piece is definitely in the Book Fair category. Someone from a local historical society or even U of Akron library archives would love to get their hands on it.