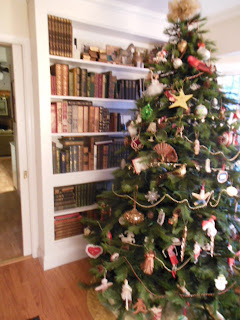 Where, I wonder, is Christmas? Somehow it’s gone, though it never really kicked in for me this year.The fact that I was late to catch the holiday spirit isn’t particularly significant in itself because every year I am a dervish in high-spin, trying to balance work and the responsibilities of “making” Christmas for my family. But this year is different.This year Newtown happened.


Last Sunday after four days of self-imposed confinement  Eric coerced me into joining the real world for the second time since the slaughter of the lambs, first to go to the Medina Flea Market and then Christmas shopping and to dinner at Macaroni Grill. I would be lying if I didn’t admit that it perked me up some. But the other half of the truth is this -- I didn’t stay perked for long and I am not perky now. There aren’t enough sandbags in all of Connecticut to keep the anguish of Newtown inside its borders. And that’s how it should be. It’s our job to feel the pain of the parents, the terror of the children, the anguish of forever. It’s more than our job actually. It’s our privilege, our gift, our hope for the world. I suppose it's true that sorrow cannot  be measured on a scale, but the one thing I know for sure is that it’s a shared weight.


On our way out of town on Sunday afternoon a billboard caught my eye. It was planted in the yard of the Seventh Day Adventist Church on Rte 18 and on it were two stark words, white against mournful black-- "Jesus wept."  YES! Oh, yes. Yes.The word resonated, reverberated, richoted throughout my being. Of course He did. God would weep. How could He not when such an obscenity struck the most innocent and vulnerable amongst us? And yet ever since Newtown, in the name of God, some have argued that what happened there was retribution, the wrath of a God of mighty and fearsome vengeance. I know I should dig deep and find some kind of forgiveness for that, but I think my forgiveness bin is pretty much empty right now. It takes an incredible hardness of heart, a pomposity, a shameful showmanship to argue that God would strike down babies for the “sins of the fathers.” I don’t care if these self-proclaimed messengers  disagree with me on evolution, gay marriage, or anything else. But don’t, please DON’T, tell me that God (whom I do believe in, by the way) would  ever entertain such a revolting thought. To say so is blasphemy. Pure and simple.


For the record, I do know something about what it feels like when Evil finds your child. We were lucky the day Evil came calling if there is anything lucky about having your child abducted by a gunman. It happened to one of our daughters when she was in college. Somehow, against all odds, she broke free of him even though he forced her into her car in the blackness of night and made her drive to an ATM while he held a gun to the back of her head. By the time we knew it had happened it was over. But relief was short-lived because Evil always leaves a calling card. Always. For us it was  a heavy gunnysack marked with two words scary enough to turn your hair as white as the deadly oleander.  I suppose it could be argued that we  didn’t HAVE to unleash “What if”. But of course we did – many times. We did it then. We did it later. And I did it again  after Newtown.  But never, ever, not for one single second, then or now, did we blame God for the acts of a madman.


Still, and all, Christmas eludes us this year. We decorated our tree, but not in velvet splendor like last year. This tree is traditional, plain, festooned  with a  paper star, a bread dough replica of our oldest daughter when she was little, two little photos of two little girls, a shiny green globe held on by a diaper pin, a Hallmark ornament that says Baby’s First Christmas, and a white plastic heart ornament bought for me by my oldest grandson at the Santa Shop at school.


Will Christmas come this year? If so, when? How? Will it come in a rush of noise and excitement when our house fills to the rafters with family? Or will it come in the strains of a carol, or  a sky full of stars?  Will it come at all? I don’t know. I think it will.
I hope. 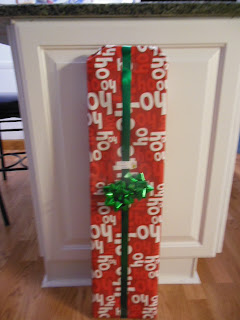 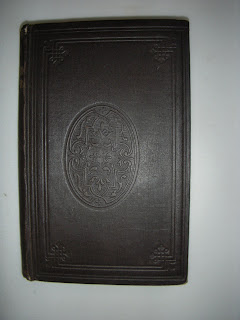 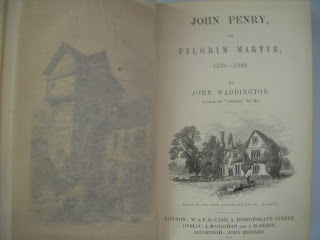 I’ve been feeling a bit downhearted about my blog due to all the technical  problems with blogger these days. As you may know, the last paragraph of my most recent post turned blue and was virtually invisible unless you clicked the mouse to highlight it. No sooner did that pop up than I got a message from a reader saying that my Halloween post  (Lighter and Brighter) was  one long paragraph. I went over to have a look  and sure enough – it had morphed into a giant rectangle of words. I fixed it with the one and only html command I know and it was fine when I clicked off, but it didn’t stay that way. Fifteen minutes later  the same reader contacted me again to report that it now had paragraphs, but ended abruptly in mid-sentence and appeared to have parts missing. It did, and for all I know, still does.


I can’t bear to look at it or at any of the others, so I have no idea how much havoc it caused. But here’s the thing. I was wrapping books this morning and it occurred to me that more than usual are Christmas gifts this holiday. I did not put much stock in the Christmas season this year when it comes to people buying used and/or antiquarian books as gifts, so this was rather an interesting  observation. Immediately I wanted to run upstairs and talk to you about it. But of course  the only way I could  do that is to let go of my miserable blogger problems and  have a little faith.


Having a little (micro little) faith.


A couple years ago I tore my rotator cuff when I tangled my foot in the leg of my capri- length pjs while running up the stairs. To keep from falling DOWN the stairs I grabbed the wall with one hand and – OUCH! Pain so intense I shook like an aspen in a hurricane. To make it worse Eric had to leave for a business trip two days later, so it looked like I’d have to close down the business until he got back. But my friend Nancy offered to wrap orders every night after work and take the books to the post office in the morning. I know, it sounds like I’m digressing here, but hang on – I really DO have a point. While I will never forget Nancy’s kindness in doing this for me, what I’ll remember most keenly is her pure delight in the books.  She truly loved seeing what people bought. Wow – a book about Lionel trains! Who knew? And 12 issues of a 1920’a magazine called Chemical Abstracts? Why would someone want that? How did they know it even existed? I had no idea, but watching her reaction to each item awakened a new delight in ME.


This morning  as I tied a silver ribbon around a handsome little antiquarian title from 1854 called John Penry The Pilgrim Martyr 1559-1593,  I remembered Nancy and the chemical magazines and suddenly realized what a gift it is to be able to provide someone with THEIR perfect gift. To tell the truth, I never heard of John Penry, but I’m glad he called out to me from a table nestled in a bay window of  a pretty old house in west Akron. That late summer estate sale, which I probably complained about, produced this scarce book someone badly wanted.


I love being a bookseller. I truly do. And I hope that I will be one for the rest of my life. Sometimes it takes a small book, a piece of silver ribbon, and a memory to remind you that doing what you love is a HUGE gift in itself.