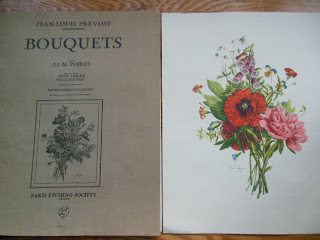 My friend Nancy informed me Sunday that I have not written a blog post in a MONTH. I feel terrible about it too, but this is book fair season and I am on the publicity committee for the Akron book fair which is just two scary weeks away. In addition to doing more things than you want to read about, I have been trying to bring the dormant NOBS Facebook page back to life. I did make some moderate gains fairly quickly and we’re now at a point where it’s starting to breathe on its own. But here’s the kicker – I’ve been performing CPR  for three weeks and have more “likes” on it than I have on my own  page which I’ve been babying  for two YEARS. But let’s not go there, okay? It’s too depressing.


I’ve been thinking of you guys (if any of you remain) because of something that happened last weekend. I’ve told you many tales of various estate sales, but never have I even brushed up against this topic which was brought to my attention by a sale I’ll still be talking about when I’m in the home for dotty booksellers.The ad in the paper did not mention books, but did state that there would be a lot of vintage prints. I’m not really a print dealer, but I have sold some in the past, have some in inventory, and figured a selection of nice botanicals would be excellent for the antiques mall. Not much good book stock has come my way of late, so I felt compelled to give it a go.


Immediately inside  the door I spotted tables full of prints all packed in banker’s boxes, but with enough room to easily flip through them. Since there were so many I took a detour over to a side table where I found and bought two turn-of-the-century photo albums, one a gorgeous celluloid and the other velvet with raised metal grapes, vines and leaves on the cover. Both had shiny gilt edges, working clasps, and lots of photographs, both cabinet size and carte de visite. Just as I finished getting those written up and began seriously browsing the botanicals one of the estate sale women came over and asked if I’d seen the books yet.


I told her I didn’t  know there were any books whereupon she lead me into a room which at first glance dazzled me -- and I am not using that word lightly. Antiquarian books of uncommon beauty graced every one of the tables against the wall, many lined up in a row, others lying down face out.


“Oh, these are  beautiful!” I exclaimed. “Perfect!” What was also perfect was the fact that only one other person was in the room looking at them.


But as soon as the worker departed the one other person turned to me and said, “Every one of these books is compromised. All those prints out there …”


Came from the books on the table. I knew it before he finished the thought.  Their owner had been a breaker who bought the books with the idea that the individual plates were worth more than the book as a whole. There they were – The Apples of New York, The  Pears of New York, a fine binding book about butterflies, others about birds and flowers … Terrible. Truly, truly terrible. Every books was in shambles. The guy who alerted me turned out to be a seller with whom I spent a lovely sale sharing the bounty of a great home library last fall. We recognized each other and suddenly were  two mourners keening at the grave.


“There must be three thousand dollars worth of books here if they were whole,” he said.


“He probably sold the best of the prints and what’s out there is what he couldn’t get rid of.”


I agreed with that too. Certainly not all plates in the same book have equal value. In fact, later when I finally looked at them it was clear that most  didn’t pack the  graphic punch I’d seen in other copies of some of those books. My seller friend had nailed it – the guy sold the best and this was the rest. So. Was it worth the desecration? Financially I don’t know. Ethically? I would say not. Of course it can and, will be, argued that if you buy a book it’s yours to do with whatever you like. True enough. But this is also the point where I trip over the notion of absolute ownership. To me a finely made  book is a living thing. It’s the heart and soul of the author, illustrator, designer and publisher as well as of the continuum of people who read it, loved it, gave it to someone, treasured it for years, hoped someone else would enjoy it too. So, no, from that perspective it doesn't even skirt ethical. If the books were badly damaged it would be an entirely different matter. In that case to salvage the plates would actually be heroic. But I can find no saving grace in  tearing  up exquisite books for personal gain.


Later, while I flipped through the boxes of prints I thought of something that happened years ago when I was a fairly new seller. I had a modern reprint  – a very nice one – of Peirre Redoute’s  The Most Beautiful Flowers. A guy called on the phone one afternoon and ordered it. While I was taking his information he casually remarked that he intended to break the binding and sell the plates.


“Did you just tell me you’re a breaker?” Of course he did which is why I put my pen down. “Because if so I am not selling this book.”


“Guess I shouldn’t have told you then.”


A  hundred dollar sale bit the dust that day, but only temporarily. Eventually the book found another buyer who appreciated it for what it was. And yet to be totally honest, while l was thinking about this I spotted a couple nice fashion plates in one of the boxes. It crossed my mind that since the deed was already done somebody might as well enjoy the spoils.  I’m not sure I really believe that though. Maybe I do, maybe I don’t, but somehow I couldn’t bring myself to directly reward the breaker.
So, in the end, I passed.
P.S. The photo above is of a portfolio of prints designed for framing.
Posted by tess at 7:59 AM 6 comments: