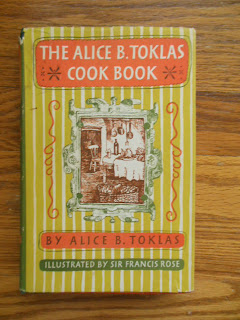 (Okay, let’s see how long it takes me to recreate the blog post I just finished and was ready to upload when I accidently hit the delete button with my elbow. On the clock – ready, set,GO!)

Technically, I’m on vacation.  That is, if vacation means sitting in front of the computer swilling black coffee while rain drums relentlessly against the window pane. My books are offline and will be until Monday, but I am working like a speed demon continuing the job of weeding and pruning my online inventory. I began this last year, as you may recall, but got distracted by buying the collection-on-the-truck and getting ready for the book fair. Today, however, I picked up the pace in earnest due to a few events of the past two weeks and a couple realizations.

The first thing to dawn on me (again) is that the prices of even nice books are being set by the people who know the least about them. Of course many established dealers (me included) have old stock that’s seriously inflated but, that aside, some of these new prices are still truly ludicrous. Having just finished the Akron book fair it’s clearer than ever that online pricing is crazy on both ends of the spectrum. Anymore even the better sites are so strewn with shoddy listings the pages look like fire sales. It seems to me these days that quality books don’t even belong on the third-party  sites anymore. Their  emphasis is on pricing – never mind condition, special attributes, research etc.. All they care about is moving the product. I’ve decided that unless a collectible book is extremely specialized it will never be introduced to the internet except on my own site. As hard as it is to get anything good these days I’m much less inclined to fork over high commissions on  three-figure books.

My second epiphany is this: to stay profitable I need to be ruthless in dumping old stock. There’s no point in keeping a listing for which I cannot reasonably expect to get $20 and I don’t even want too many of those. With rent to pay on multiple sites, commissions which often are based on the purchase price INCLUDING shipping, sites which refuse to pay a decent shipping price (I’ve ditched all of those), acquisition problems, escalating prices for inferior books at sales, and the cost of mylar jackets and shipping materials, it’s impossible to win on the low end even if I discount my time. Besides, the only truly controllable thing on the list is supplies and that’s where I draw the line. I know I’m on the very high end when it comes to time and money spent on repairs and wrapping materials, but that’s a choice I will not compromise. Being the bookseller I want to be requires more of me, not less.

I haven’t been out to any traditional book sales since last fall, so I’d sort of forgotten how they can make me as sour as an old pickle. This time even my favorite library accomplished  it. The night of the preview for this usually good event we were third in line which was great except for one thing --  five seconds before the sale began the lights went out and it was canceled. That meant  we had to haul back up there the next morning (far) in a monsoon, but at least we landed  fifth in line. For awhile. After the scanner stampede not so much. It didn’t matter – I know that, but I am fed up to the eyeballs with rude, crass behavior which I can hardly relate to this profession. We ended up being  the only people in the specials room, though a fat lot of good that did. The books were fewer in number, not nearly as desirable as in the past, and priced much higher than normal. I understand that the Friends need to make hay out of whatever they get, but that didn’t mean I loaded up. I bought just a couple things there and found one very good ephemera item in the regular room. On the way home we bought five books at an estate sale, one of which was better than the best from the sale.

Onward then to Bookstock last Sunday, a Michigan charity sale that can go either way. One glance and it was obvious that both donations and quality were way down while prices held steady. But that’s not what got me all riled up. The crowd was not nearly as big as normal and it seemed that most of those wielding scanners were newbies. Not only were they champion sprinters, but had no compunctions about  mowing down competitors. On the bright side though, the feeding frenzy was short-lived  once the reality of $4 (and higher) hardbacks hit like a tidal wave. They couldn’t fathom such a thing, especially after they’d paid $20 to get in! The good part was that after they’d rummaged through the tables and stirred up the stock they left behind a first American edition of The Alice B. Toklas Cookbook from 1954 which I found  lying face-up on a table.

But here’s some examples of what we overheard in line. It might help you understand why I am so disheartened by the state of online bookselling in 2013.

Exhibit A: “I just stick my  earphones in my ears and listen to my music while I scan. Easiest damn job I ever had.”

Exhibit B: “I travel all over the country buying books. The worst people  live in Connecticut.”
When asked how long he’d been in business this one  replied,  “Six months, but  I’ll tell you, I’m fast – in and out. All I want is 50 good books today and I’m gone.”

But there you have it -- the state of electronic bookselling in 2013. As much as I detest it maybe in a preverse way this stuff does me good. It’ll either change my online game or I’ll go offline permanently and sell only at the mall and the book fairs.

Either way it beats a state of stasis.

Hope getting all this out of your system helps. Glad you didn't hit the delete button again today.

I think it did -- I'm rather cheerful today. I wrote that yesterday (twice) and when I finished it was late. It feels good to have a plan of action. No danger of hitting delete though! I did that twice yesterday (once with my inbox) so I am focusing better. :-)

Though I haven't been in the business nearly as long as you, I so enjoy your take on book selling, and I think we come from sort of the same spiritual place. I am a great reader, and my mother was the head librarian for a fairly large system during my childhood. I feel that books are in my blood.

That background gives me an advantage, I feel, although I am relatively new to the business. My other strength is being middle-aged, with a very wide, though shallow knowledge of many things. I do scan, but I would not pass up a sale where I couldn't, as I feel I have a pretty good eye for pre-ISBNs, in addition to more recent books. Those youngster scanner monsters had no idea the significance of the Alice B Toklas, where it fairly leapt of the table for you, as it would have for me, as well.

We know that technology is a wonderful tool, but nothing beats experience and a critical eye. I continue to read all I can about the books and the business of bookselling, and I keep up with literary deaths and trends. (I have a special fondness for book club science fiction, which no one in my area cares a whit about.)

Thank you for your continuing stories about your experiences. I have learned some things, and I commiserate with your set-backs and your wins.

Thank you, thank you for your very kind and thoughtful post. The scanner itself is not the problem -- the problem is that most of the people wielding it are driven by the notion of easy money, and not a love of books. YOU, on the other hand, are exactly what the business needs. We all start from the beginning, so don't apoloigize for that. It did my heart good today to hear your story. I appreciate that you shared it.

It's interesting to me how you come from a bookish background. I did not and yet I emerged into the world an exceedingly bookish child. My mother read nothing and my father confined his reading to Popular Science and Reader's Digest. But that's okay too. I'm delighted to hear you are enjoying the post. I used to be more frequent and am working on being so again.

I don't know how the first two versions read, but your passion and frustration both came through. I know that these sales have been the bane of your existence for some time, but then, there is the treasure you find. And often, you mamage to get it to just the right person. With so much changing in the world, electronically, and so very fast, I admire your patience and persistence among them. I hate to even drive in the car since texting while driving seems to be mandatory in our neighborhood. The only reading some people do I fear. Good luck to TC Byrd as you enter into a world you love. I too was born reading, I think.
Signed by An Elmer Fan.

Elmer Fan -- you're back! long time since I've heard from you I have actually sold a few of Elmer's books lately, tough there aren't many left.

Thanks for the vote of confidence. TC Byrd and I could both use it in this crazy online world. I have been offline all week, but restored my books this morning. That's probably another blog waiting to happen!

In spite of my profound ignorance of Alice B Toklas, I have a vivid memory of the cookbook, because it was written up in the early editions of The Whole Earth Catalog, itself one of the treasures of the 60s. I didn't miss much in those catalogs. You have an uncanny knack for striking a chord over here.

And watch yourself, robot.

Did you have trouble posting on here again? That robot doesn't like you for some reason. Good thing I do! :-) I used to have the Whole Earth catalog -- wonder what happened to it. Do you remember Alice's famous brownie recipe -- you know, the happy brownies! :-)