A New Year In the Book Biz 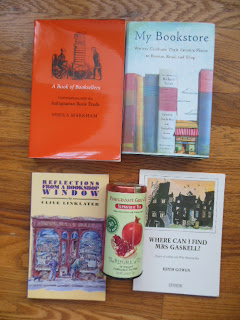 I’m happy to report that I’m in a much better frame of mind since I last wrote. Christmas snuck up on me December 29th when our house filled to the rafters with family and friends. Because both of our daughters live out of state we had to delay the family celebration this year to accommodate work schedules. As you know, after Newtown I thought for sure the Christmas spirit had eluded me this year, but  miraculously it hadn’t. In fact, when it finally showed up it brought with it a bit of wisdom. Christmas, I learned,  is not about the date on the calendar. Christmas is when people you love gather under your roof watching football, eating endless cookies, sharing dinner, opening presents, chasing kids and laughing as though all’s right with the world – which in such sublime moments it IS.


Of course with Christmas delayed this year New Year’s practically collided with it. We stayed home New Year’s Eve, had a nice dinner, and read our new Christmas books. I got an astounding eighteen – yeah, really -- EIGHTEEN books, a handful of which are in the photo above along with the Pomegranate and Green Tea  given to me by my  oldest grandson who just turned nine and is a gift giver of the highest order. I even woke up long enough to watch the ball drop in Times Square.

New Year’s Day, however,  found us at an auction with the deepest pocketed people in three counties. Everything I wanted passed me by, including a turn-of-the-century game so fabulous that the thick edges of the folding board looked like the spine of a fine book when closed. It had the spinner, the pieces, the original box and even the directions which were pristine. I bid to $130, but it sold at $275. The next thing I tried for was a short stack of early Harley motorcycle magazines from the 20’s and 30’s. I went to $250, but THEY went to somebody else for an eye-popping $650! Our antiques dealer friend Darwin was there and invited us to mend our wounds over dinner that evening, so I made some homemade gingerbread and we headed to Akron for pork and sauerkraut with wine and my dessert. Whatever red wine it was he had I strongly recommend  as an antidote to both pricey auctions and fiscal cliffs! (Turns out it was Spellbound, Petite Sirah 2010, California) 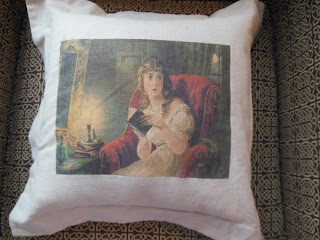 Today I’m back to work and glad for it. This was not the best year I’ve had as a bookseller, but it was still  a good one with online sales chugging right along without ebay and alibris both of whom  I shed ( sort of like a snake’s skin )– ebay in 2010 and alibris in the summer of 2012. In fact, I had a better Christmas this year than I did last. The antiques mall performed well too over the Christmas holiday and it, too, exceeded last year. So I’m charged up and ready to move into my 16th year of  bookselling. I am always tempted to make resolutions, but they have a sneaky way of both inflating and spawning even more resolutions which I also inflate. I can't just say I will increase my inventory. No, I have to vow to  buy collections so dazzling they’d blind the average seller. Nor can I say that I will sell more books in the New Year. Nope. I've gotta sell 'em  at a clip that would scare amazon.  I can't even promise to write more frequently on my blog. Somehow it always turns into "I will  effortlessly turn out a blog post A DAY so captivating  that my followers will be numbered in legions.” And there goes any semblance of a lasting New Year's resolution!


So this year I’m not making any resolutions. I’m just going to work hard, learn more than I know now, and gratefully do what I love best – which is exactly what I've done ever since I entered the book biz.

I myself could NOT sew a "tuxedo for a gorilla" but my mother would have been more than capable. I love the putting the designs together way more than trying to fit something to gorilla shapes. Thanks for the mention, Tess.

You sell yourself short. Though you may not WANT to make a tuxedo for a gorilla, you COULD if pressed. But I agree -- it's way more funto make these charming things.

"Buehler's grocery store at River Styx in Medina" - Exactly where is this Medina you speak of?

I was waiting for someone to pick up on that. It sounds like the grocery store in Hades, but is actually in Medina, not far from my house! You are always the one to catch this sort of thing. Bravo!

Wonderful post Tess. How great to find a long lost friend who is still a close friend. A very dear gift to turn your photo into a pillow! Very creative Cheryl.

It's been fun! We're both great talkers.I'll let her kinow you appreciated her handiwork.

Tess, I am so glad all of your family showed up. It was a pleasure to read your blog. Thank you for a quick little peek inside your world.

Thanks, Hilda. Between flu and bad weather it was touch and go there for awhile, but we made it!