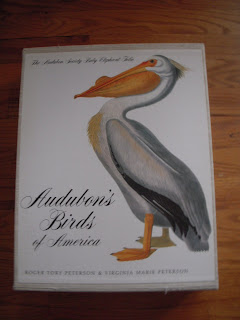 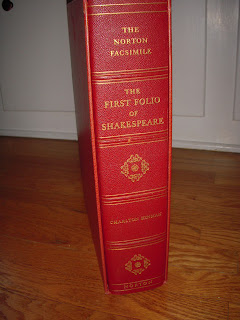 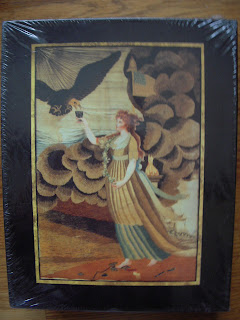 Awhile back – seems like eons – I wrote about the collection which contained a first edition of Florence Nightingale’s nursing book which we bought but were unable to collect due to the fall-out from Hurricane Sandy in Ohio. When last I mentioned it we were supposed to pick up the books on a specific date, but couldn’t due to the fact that the owner’s condo was without power for more than a week. We finally got them a week ago today, but the outcome was not exactly what we expected.

As you may recall, I mentioned that when the offer was accepted a few books were taken off the table, including the glorious Audubon elpephant folio published by Abbeville, as well as a few lesser books. I already have this Audubon, so I wasn’t too disappointed, though I would liked to have had a second one. I also remember writing in another post (at least I think it was another one) that the excessive lag time could possibly change the deal yet again. Well, guess what? That’s exactly what happened. The owner had plenty of time to rethink the sale and rethink it he did. A few more books were now off the table, he announced, whereupon my heart thudded to the floor.

But no! Florence sat just as prettily on the table as she had before and somehow the Audubon had magically rejoined her. What was taken away now was a two volume natural history set titled Zoonomia, written by Erasmus Darwin, the grandfather of Charles Darwin. I didn’t realize how much I wanted these books until they were gone, but it was okay. I got a lot of good stuff, I told myself, so there was nothing to whine about. And truly, there wasn’t.  Not only did I get the Audubon back, but I also got to test the veracity of my own conviction about people not selling their books until they’re truly ready to do it. Little did I know then how many more times I would be tested before the evening was over.

The original plan was that we would pay individually for the special books and anything else selected we would combine as a unit. I was pretty jazzed about it because I always need stuff for the mall and there were lots of books from which to choose. Or at least there were for a few minutes. No sooner did we seal the deal on the remaining books I’d made the offer on when the owner announced that he didn’t want to sell anything from the wall of bookcases in the living room after all. Nothing! That left just three partially full cases in the den. These contained the older titles, but most of what was left was either common and/or cheap editions. Book by book I went through them and in the end gathered half a dozen titles plus a sleeper I’d missed the first time around – a large medical book on war injuries replete with full-page  x-rays dating from the infancy of x-ray technology. Of  course I was prepared to offer more for that one, but it bit the dust faster than you can say radiology. An art book did too.

WHAM! Out of nowhere  a tremendous wave of disappointment and frustration slammed over me. It wasn’t just for the x-ray book, or the art book, or all the books in the living room. It was the Zoonomia and everything else we didn’t get. I know, I know. Very, very venal and VERY after the fact. But there you have it. I am not  the Mother Theresa of books after all.And yet, having admitted this, I did manage to get a grip and even ask myself a few questions while I closed the sale of the new additions.  Did I really WANT him to live with empty bookshelves? Did I expect him to urge me to pack up his  lifetime of treasures and bear them away? Of course I didn’t. If some upstart bookseller packed up the books in my living room I’d have a meltdown of such massive proportions it would involve  scratching, screaming, and  men in white coats. So then. Memo to self: GET OVER IT!

I did. Get over it I mean. In a world in which the physical book waves in the air like a white flag of surrender I should be happy – I AM happy  -- to meet someone who shares my love of books and doesn’t want to live with empty shelves any more than I do. Once I hit the cold air, had a glance at the moon, and reconsidered all the good stuff I did get it dissipated. By the time I got home I was glad that he’d kept them.

I may not be the Mother Theresa of books, but I really do believe people should part with their collections only when they’re ready. I guess sometimes I just need to relearn it.
Posted by tess at 8:31 AM

Thanks Hilda! It was a strange experience.