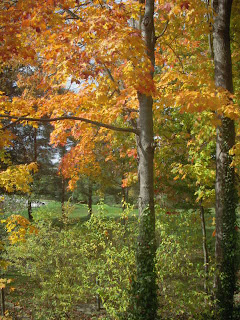 We got the books I bid on last week and I am very pleased even though the owner did decide to pull three of them. Two are inconsequential and one is the Audubon elephant folio. Though I would have loved to have had it, I already have a copy which is why I was able to include a photo of it in my last post. It wasn’t price that caused it to be taken off the table, but something every bit as fierce and urgent -- the true biliophile’s strong desire to hang on to a treasured title, if only for a little while longer. I had a feeling this might happen, but I thought the vulnerable title was the Florence Nightingale book, again not because of price, but because of how much its owner loved it. The moment he chose it from the shelf and handed it to me – a plain brown book of small stature and humble binding – I knew he loved it best. He told me with great relish the story of how he bought it many years ago in a bookshop in London, but it’s the reverent way he handled it that clearly, and touchingly, defined its status.

Very rarely have I ever bought anything but workaday books from an elderly seller. Generally the books’owner has moved to a nursing home or has died and it’s the heirs who wish to liquidate the collection. What made this transaction special is the fact that the owner’s daughter, while present and proactive, understood that her father’s keen mind was as able as it had ever been to assess the situation, the numbers, and his own feelings and reach an independent decision. As I believe I told you, my last job(20 years ago) was director of sales and marketing for a senior living complex. It was a decidedly odd job for me, but one which taught me enough to later guide my father through the care system and to understand a crucial life lesson. Even when the mind is sharp advanced age and/or physical fragility has an insidious way of diminishing a person, not only in the eyes of strangers, but in those of caregivers and family members too. I love that this didn’t happen here, but of course because it didn't I run the risk of yet another change of mind before our November 2nd appointment to seal the transaction.

Just an hour before I got the good news yesterday I went to see another collection not far from where I live. This one seemed a very different scenario from the one above though. Not only was this collector no longer living, but unlike the careful handling the above collection had been given this stuff had moldered in a damp cellar for years before it was recently transferred to a bone dry basement in an upscale modern home. The books also lacked the importance of the first collection, though there were any number of fine antiques (referred to as “smalls” in the trade) that would have been wonderful had it not been for their unfortunate storage. The thing I most wanted and couldn't buy was a very early 18th century game in its original box with hand colored cards all seemingly intact – and, sadly, all blooming with black mold.

It took awhile, but eventually it became obvious that there was a commonality between between my two recent buying situations after all. Both sellers were engaged in an intense struggle to let go. Though the woman who was selling the basement stuff claimed both on the phone and in person that her father's belongings all needed to be cleared out promptly, every time we made a fair offer – on sleigh bells, a diary, and a miraculously unscathed scrapbook kept by a student at an Ohio college in the early 19th century – she’d literally pull it off the table.

"Maybe I should give that to the college sometime."

Everything in me knew it wasn't about the money. The push/pull that sent her flying in one direction only to yank her back again had little to do with financial gain. It was a bubbling mulligan stew of history, nostalgia, the loss of a parent, the importance of family, and the lure of the past. I suppose some would argue that she shouldn’t have called me if she didn’t really want to sell. But here’s the thing.

She didn’t know she didn’t until the moment she couldnt.

Thanks for a great post. I should stitch that last line onto a pillow. Out of context it's even more thought provoking.

Tess, you're a rare gem.

Hmmmm -- I'll have to think about that last line myself, Cheryl! It's funny how when you write things just appear from seemingly nowhere.

Saturday Evening Post -- thank you. I hope I live up to it.

A beautiful blog Tess. One of your best, I think. I know so well the truth of your last line. You are wise beyond your years.

Thank you Ginger, but my years are sort of many! :-)