The Difference of a Day 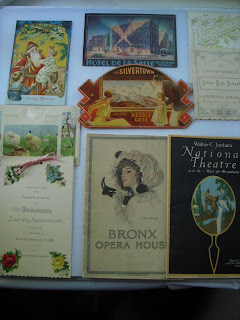 I‘m sorry I’m so slow to post these days. It finally occurred to me yesterday that I’ve slammed into a brick wall as far as the house is concerned. Since July 3rd I’ve joked and whined about the dust, noise, and inconvenience, but yesterday I realized that I’m really not laughing anymore. I’m edgy, jittery, behind on everything , and hostile around the periphery of my entire being which I think may be declaring a revolution soon if something doesn’t give. Yesterday after a couple of hours of intense cleaning Eric and I poured a glass of wine, ignited the fireplace, and agreed that we have to give WBC an end-date or we’ll still be in shambles by the holidays. We decided on October 31st, which from this vantage point seems like eons from now, but may not seem that way to WBC. All I know is I cannot do this anymore. I really, truly, honestly CANNOT DO THIS ANYMORE.

That being said, we did hit two estate sales over the weekend, one on Saturday and the other on Sunday. The Saturday one started on Friday, but I didn’t recognize the town name and thought it was much farther than it was, though God knows it’s far enough. My antiques dealer friend Darwin nudged me on Facebook later that afternoon asking why I skipped a sale boasting a 50 year collection of Civil War books. So bright and early the next morning we braved the long and winding road even though I felt sure that the books had been snapped up faster than bacon strips tossed at a junkyard dog. Had things been normal I would likely have been right. But things were not even close to normal. In fact, they were so BIZARRE that I’ve never in all these years of estate sale going experienced anything even remotely like them.

At two minutes to showtime we WERE the line. But an elderly woman came to the door and said she would open only when it was exactly ten o’clock. It was a little weird, especially seeing as how no one had asked her for a two minute advantage over the people who weren’t there, but whatever. Inside an army of worker bees – far more than needed for a small ranch house – took their posts like sentinels while the elderly lady held court in front of the bookcase giving us the hard sell and telling the workers what to do. At first I thought she owned the estate company, but, no, she owned the STUFF! The books, she informed us, had belonged to her husband who had collected them for decades and were very valuable. I think this may be a time when a picture would do more justice to that statement than I ever could. The three volume set below was priced at $200. It dates from 1999 and we have three of them in the basement. 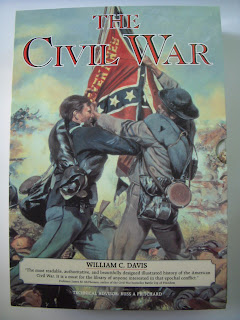 She also had an antique flask for holding gunpowder. Eric gave it a look and passed on it, which launched her into a spiel about how its rareness justified the $365 price tag. Had it been original that would have been true, but Eric has an original in the museum at the store and used to order the one she had from the manufacturer who reproduced it sometime in the 70’s. The NINETEEEN 70’s. Of course, being Eric, he would never say that to her even if she claimed that a Wal-Mart wine glass was the Holy Grail.

Meanwhile, I had mercifully escaped to the kitchen where every available surface was covered with flats of paper. As I started looking through them one of the workers said, “We only had people glance at this stuff yesterday.It’s almost all there.” Surprise, surprise! It was rare too! I did, however, find maybe a dozen small things of fair consequence that she must not have liked and asked the worker in the kitchen to write them up. The very nice worker said she’d take them out to the check-out when she was done and I could get them there. So I looked around a little longer, met up with Eric, and we decided to check out. Immediately the elderly lady zipped across the room and demanded that our items be added up again. The check-out woman told her that the kitchen woman had done it whereupon she called the kitchen woman to come back out and justify it. She did – and she was right too. Holy cow, no WONDER estate sales don’t normally allow the seller to hang around!

Believe it or not, even after all that, we braved the cold and drear to go to another sale on Sunday even though it was the third and final day and located more toward Cleveland than to our beloved Akron. I had spotted a beautiful art deco cedar chest on their website which I wanted to get to replace some of the sold furnuiture at the mall, but I pretty much figured it wasn’t going to happen. Only it DID happen and and I got it for a reasonable, if not especially mind-blowing, price.I also got five unadvertised books and two pieces of ephemera. AND every single worker, plus the owner, thanked me for friending them on Facebook.

After that it felt so good to be back in the real world that we went to Panera for lunch to celebrate. Then we polished up the cedar chest, hauled it over the antiques mall, and went back home to clean our dusty house.

Sounds like you had a profitable weekend. Weird Saturday sale though. I wish I knew more about antiques like your husband. He knew the item was a replica - good for him! I know this sounds cliche, but keep your eye on the prize---how wonderful your home will be when it is finished. Thank you posting.

I don't know much about antiques either, Hilda. My husband grew up in the business and sells antique firearms and accoutrements at the store which is also a museum and historical center with classes etc. That's how he knew.
As for the house, my eyes are crossing. I think the problem is that we are within striking distance and yet he doesn't show up every day. Like today. It's been a very long haul, but the house is beautiful amnd I do VERY much appreciate that. I also like the guy tremendously which is why I have never leaned on him!

Love you Tess. And the Walmart comment, and the whole frustration. I would love to have the cedar chest, but you wrote a wonderful story here of your day in Ohio, and I appreciate you bringing me along! Good luck with both the dust and the frustration. gin

Things are looking up around here. The porch is being woked on as we speak. Thanks for the fun note. I will be back next week to write a new post --I promise. Cross my heart!