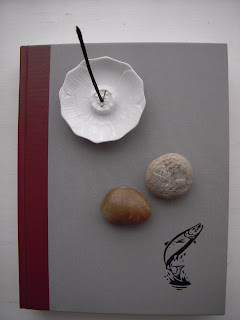 Once again – LATE. I had forgotten when I wrote my last post Saturday (it WAS five-thirty in the morning let us not forget) that I had signed up to work my annual full day shift at the community center yesterday. Every Christmas they set up a very cool shop where families in need can come in and select toys, books, and stocking stuffers for their kids. I went at nine-thirty and got back at six-thirty totally fried, but glad, as always,  that I’d done it. You would think this would be depressing during the holidays, but it’s not. In fact, it’s the opposite  -- great fun, especially helping people choose books for their kids. A bookseller’s paradise!
The other thing I like about doing this is the perspective it provides. On the outside looking in it’s so easy to think people should just get a job and take care of themselves. But when you meet need up close and personal it not only  bops you over the head with stark realities, but makes you feel privileged to help alleviate it even a little. What blows me away every time is the grace and good humor the people bring with them, slung over their shoulders like Santa sacks. Not one crabby person, not one scam artist other than a guy notorious for a little minor finagling so obvious it's hysterical. I wouldn’t miss this opportunity even for an avalanche of orders.
At first it looked like it might get a little dicey though because donations had dropped this year. The offerings were great, but the place didn’t exactly look like Macy’s as they'd had this event Sunday too. Even toys for small children, which is what most people like to give, lagged in certain areas. But the book magic I experienced last week morphed into toy magic and through the door THREE times came huge donations of dolls, Tonka trucks, Candyland games, Bacuguans (I doubt I spelled that one right!) – even fiberglass sleds. And -- just like that! -- the ho-ho-ho surged back into Christmas.
But I think for booksellers, or at least for this bookseller, the ho-ho-ho may well be over. When you’re shipping out 1958 Montgomery Ward sporting goods catalogs (to Japan much less) and Ohio Stream Flow Part I;  Areas of Lakes and Drainage Basins Run-Off Records Prior to 1921 I think it’s safe to surmise that Santa has left the building. The best title of all to fly out the door though was this one --  Eigenfunction Expansions Associated with Second-Order Differential Equations. Isn’t that  fun to say? Makes you want to pop some popcorn, light the fire, and settle in with that baby! I'm trying desperately to work it into a conversation just for the pleasure of repeating it. It totally cracks me up, but then I’m easily amused.
Now then, getting back to where we left off on Saturday, I noticed a deafening silence regarding my challenge to try selling a shelf-sitter. As I said, I think the statute of limitations is up for me, but I’m going to give it a go nonetheless. To prove my serious intent I have chosen a title which may require the services of a witch doctor, a shaman, a gaggle of Tibetan monks and the Dali Lama himself. The title is Angling Books; A Guide for Collectors by Charles Thacher. I had two of these and sold one for $200 in 2007. Since then, however, the price dropped faster than the Waterford crystal ball on Times Square at midnight. I adjusted my price once (to $125), but haven’t looked at it in ages, so I suspect it’s zoomed so far south the book has sunburn by now. But that’s okay. The challenge is to MOVE it, so I will leap over burning buildings if needed to make it happen. Let’s give it two weeks due to the holiday and see if it can be done. I promise to report back with the news, be it good or bad.
In fact, I think I will start this little experiment right this minute.  I’d planned to list some books today – it feels odd being back at work, but good too – so I might as well add this one to the mix. As you can see from  the photo, I even hauled out my lucky stones and a stick of the Indian incense we bought in Cleveland Heights last week. Do I really think these  will help? Probably not. But they do make a nice picture.
Posted by tess at 9:56 AM

Ilove the photo and your writing is witty...especially that part about the Waterford Crystal...that does fall fast...it's heavy!
Good luck moving that book...is it about fishing? Bill might like it.

I'll NEED luck to sell that one. I'm hoping the Tibetan monks show up pretty soon because I've done all I can. Now this isn't Marketing 101 in action here, but, no, I don't think Bill would like it. There's nothing to read -- it's a reference guide, a list of angling (fishing) books, info on them, and recent realized prices. There's probably six people in the world who would love it.