The Answer Is Yes 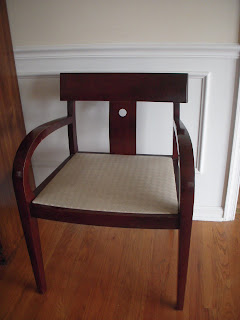 The answer to the last question I posed – do the book gods have friends is yes, they do. However, when contacting these friends through an intermediary one must be very specific about one’s wants. And this is precisely where I may have run amok. The good news is I got two chairs for my booth at the antiques mall – matching chairs and beautiful too. But therein lies the problem. They are actually TOO beautiful and too finely made. I got them for a song at $125 each, but I now face several dilemmas. I think they  might be mid-century modern, but I don’t think they were mass produced, but then what do I know?  I cannot discern their designer and/or maker even after looking at hundreds of modern chairs. The quality is exceptional, the design simple and elegant and they may be European, as their previous owner was European and admired all things Italian. But I feel like they’re Asian, perhaps Japanese. I took a photo of them and will be sending it along to Darwin today in hopes that he and his vast design knowledge will come to the rescue.

But even if he does identify them and provide me with an appropriate asking price (which I think could be fairly good) I don’t think they want to go to the mall. Just for fun I stationed them in my formal living room (amazing how there just happened to be two spaces available) and instantly heard a discernible sigh of relief from both – ah, home at last! Of course the merchant in me noted that if I sold one the other one would be free --and then some. But I don’t want them to go. I really don’t want them to go and neither does Eric. So because I failed to lay out distinct parameters for the furniture gods I am right back at square one with no practical chair which means that Cheryl still can’t go to the mall!

However, the merchant in me was very happy yesterday. I am getting over the theft of the bookends, though a woman did email after having seen the original blog post and expressed interest in buying them. But it’s time for that train to leave the station, so I’ve turned my focus to yesterday’s Medina flea market which was exceptionally good. Interestingly enough, I could have confined myself to just a couple aisles and been out of there in a flash, as everything I bought I bought within fifteen minutes from four dealers This has not happened in so many years I can’t even remember the last time it did. I spent $105 and got the following:

Ohio in the War; Her Statesmen, Generals and Soldiers by Whitelaw Reid (two volume facsimile reprints in original shrinkwrap)

The Autobiography of Captain Alexander McDougall edited by Janet Cole Sanborn and published by the Great Lakes Historical Society in 1968. There are no comparables online.

The Dog Book by Albert Payson Terhune and the great Diana Thorne, widely admired for her artistic renderings of animals (again better selling price at the mall).

Wisdom magazine, 1958 (features Ernest Hemingway on the cover, plus an article by him and an article ABOUT him)

Heart’s Ease, a gift book from 1909 by Philips Brooks who was an Episcopal priest who wrote the lyrics to O Little Town of Bethlehem.

The First Christmas, another gift book, this time by Kate Whiting Patch (undated). Victorian and Edwardian gift books have their own special following and sell for more than you might expect, but not on the traditional book sites. I will not be listing either one there.

Blondie and Dagwood paper dolls, including Alexander and Cookie, all with five outfits apiece, plus accessories. I will probably take them to the mall, but I am going to divide them by character and outfits into four separate clear bags which will be mounted on a LARGE cardboard and heat-sealed in a plastic bag. I have a hunch that these are imminently shopliftable, so even if my methodology bombs the taker will have to work much harder to get them out the door. 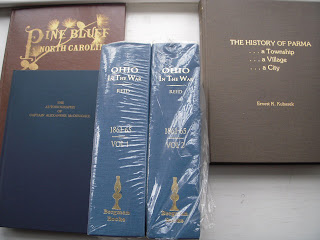 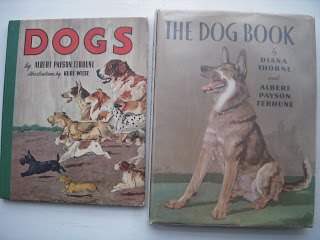 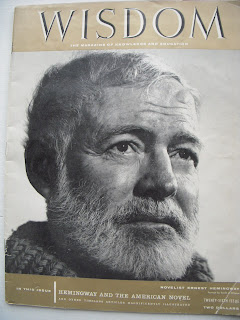 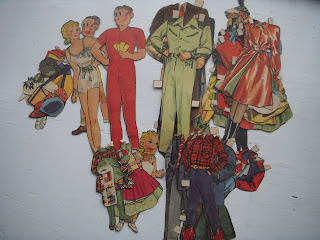 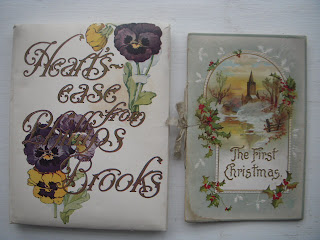 Other than the chairs, Saturday's estate sales held little excitement. Two of them had been touted as having “lots of books”, but I bought only two books total, both from the same place as the chairs and neither is worth mentioning. That house did have “lots”, just not especially good ”lots” and the other had SOME, all of which were bad. It’s amazing how “lots” and "some” are synonyms in the world of estate sales!

But now I'm thinking about Black Friday and wondering  whether I could invoke the furniture gods directly and see if maybe I can scare up a piece of furniture, even if it’s not a chair, before then. It seems a bit presumputous seeing as how I am not an antiques dealer and have no intention of becoming one. It's probably against  the rules to transgress unfamilar territory, especially considering my attitude about people selling books who know nothing about books.

But you know what? I think I'm gonna chance it. After all, Eric's dad was an antiques dealer and Eric loves antiques and buys them for the store. That should count for SOMETHING!
Posted by tess at 10:14 AM

I'm going to ask the furniture gods to send a glass case with a lock to you before you put those adorable Blondie paper dolls at the mall.
I can't bear the idea of those getting stolen and frankly, you've got me freaked out about this shoplifting thing. And I don't freak out easily.

Wow -- there's a comment at 7 a.m.! As always, you make me laugh. But you're right -- I do need such a case, but getting one smaller than a Third World country is not so easy. So, yes, invoke the furniture gods PLEASE. They like me a little I think, as they sent me a surprise rocking chair yesterday. Blondie and Dagwood ARE cute, aren't they"