Do the Book Gods Have Friends? 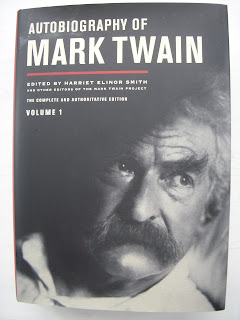 Lest you think I fell off the ends of the earth, I didn’t. I just fell into a lot of work. After having been gone two days to Dayton and then with the weekend coming up right after it, I haven’t exactly been burning up the computer over here. Monday I listed some of the new stuff I bought and uploaded to ABE, Biblio, my own website, and Alibris and then starting photographing special titles for upload to same the following day. Yesterday was free listing day on my secret site too, so I had to hunker down and blast as much stuff their way as possible to maximize my discount.

As it turned out, I only worked a half day Monday though because I got a call over the weekend about a collection of books that were supposed to be fabulous. Of course I sallied forth with high hopes, but once again – define fabulous. How can it be that a beautifully appointed home would be furnished with such lackluster books? I would have bought two, but they wanted a hundred dollars each! They were worth $35 and $75 respectively. I also stopped at T.J. Maxx on the way back to get some new socks for the winter. Well, I guess it’s officially Christmas because as I browsed the wares looking for something that would differentiate my socks from Eric’s socks in the dryer what do I hear playing over the sound system but Christmas In Killarney!

WHAAAAAAT? Irish music in T.J. Maxx? Oh well, it was fun to sing along in my head, “It’s nice you know to kiss your beau, and cuddle under the mistletoe. It’s Christmas in Killarney with all of the folks at home!”

Believe it or not, I also got a second call about books yesterday, this time from a young woman who had been charged by her  family to get rid of the books owned by her rcently departed aunt. I talked to her a few minutes, but she clearly didn’t have the old stuff I want, so I referred her to Eric. Within an hour she was at the store bearing three big bags of like- new titles, none older than two years. He snapped them up of course, but the big surprise was what he brought me. I am already planning the basket I’m making for the NOBS Book Fair and had been wanting The Autobiography of Mark Twain for it, but haven’t yet seen one at sales. So when he walked in bearing a pristine copy I was so excited I forgot all about how unfair it is that he got books brought to him and I had to work for mine – only there didn’t end up being any mine. This is truly the coolest thing! Happy, happy!

Tonight I have a NOBS book fair meeting and tomorrow is the little rural sale we like because hardly anybody goes to it since they banned scanners. As I’ve said before, it’s never dazzling ( well, one time it was, but that was then and this is the unmagical now), but at least it’s peaceful and you don’t have to sit around for three hours. My expectations are low, but I’m sort of looking forward to it anyway. Then of course it will be estate sale time. The good part this weekend is I don’t have to see the word books in order to go because I need to buy two pieces of furniture which I would like to do before the day after Thanskgiving. We opened our booth last year on that very day and sales were SO GOOD that I’m afraid I’ll get my hopes up too high, but I want everything to look great and well-stocked. Oh, that’s another thing I did – readied a ton of books to take over there tomorrow on the way to the sale. Of course I will buy books if I see good books at the estates, but what I really want this weekend is FURNITURE!

I wonder if there are furniture gods … If there are, you think maybe the book gods know some? Maybe I could slip them a twenty and they could take the furniture guys out for a beer on my behalf.
Posted by tess at 11:27 AM

I would love this book but I tried it at the library and it is just too heavy to hold up!

I think you mean physically heavy, right? Oh it is heavy -- no question! But compar4d to my famous gazillion lb. dictionary it'a lightweight! Maybe you'll have to get an e-reader. :-)