A Giant Leap Off Dead Center 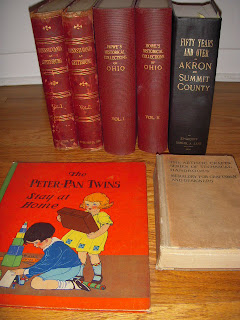 Once again, I’m a day late, but I have been incredibly busy and am going to remain that way at least until the day after Thanksgiving. For a long time now I  have toyed with the idea of opening a booth in an antiques mall and finally decided to stop talking about it and just do it. I think maybe what happened with the incredible missing book at the book sale served as a catalyst, though of course it defies logic. My having a booth will not guarantee the loss of books at sales, nor will it eradicate the need to GO to sales. But I think what happened is I reached a new nadir of unhappiness and it triggered me into action. That’s the way I am with things though. Show me a crisis of any kind, emotional or in real time, and I spin like a dervish making things  right. The  bottom line is I need to fall in love with bookselling again and for that to happen I need fresh  challenges and possibilities.
So yesterday I called the biggest mall around, located oh-so-conveniently to me, and they had two spots available. The cheapest one was oddly shaped and back in the Collectibles Room where I would have been sharing space with the kitsch of my childhood – Barbie dolls, comic books, board games etc.  So not me. So onward to the main showroom where the price doubles. And there I found my space – 10’x10’ at $260 a month. It’s not cheap, but I signed a three month contract and am taking a chance. Nothing ventured, nothing gained, right? If I lose then I can cross one idea off the list.
The big issues now of course are shelving and stock. I have an email out to somebody on Craig’s list for shelves, so if they’re available I’m good to go (at least for starters) at a bargain price. Stock is a bit trickier. I do have a ton of paper items not listed online, but of course those are the hardest items to showcase. I also have some books that are not listed and will work, but the mall has a rule that nothing may be newer than 1975 unless it’s about collectibles. By and large I will conform to that, but I did notice as I perused other booths that there were a lot of books that missed by a decade. The good news is there are no dealers selling only books and paper, though many of the general antiques dealers do have a smattering of books, some of which are quite nice, most of which are not.  The problem is that it would be incredibly crazy-making to put online items in the booth, so if I add anything that’s currently listed it will have to be decommissioned. That’s a little scary, but I keep telling myself that what comes off can also go back on.
An interesting side note is that as I stood there contemplating the space my inner interior designer woke up and starting throwing ideas at me like brickbats, (whatever those are). It occurred to me that having flirted with antiques all of my life and having a husband who grew up in the antiques business I could line the booth with bookshelves on three sides  and use the space in front of them for big ticket items that could carry the freight of the rent. I’m picturing an ever-changing tableau dependent upon what is available to buy. One month it’s a living room, the next a study with a charming desk upon which can go paperweights, fountain pens, inkwells etc. I’m rather in love with the study idea, but I’m flexible.  It’s not that I want to be an antiques dealer – I do NOT – but I think related items can draw people in to view the books as well as help pay the overhead.
As always with me though, my initial excitement crashed and burned as soon as I handed over the check for the first month’s rent. I couldn’t sleep last night. Twice I got up and read, usually a sure-fire way to knock myself out. But even Anne Tyler, one of my favorite authors, failed to lull me into serenity. Visions of failure danced endlessly in my head replete with costumes and full orchestration.
Appropriately enough, it turned out to be the first act of the NUTcracker. I'm sure Act Two will be tonight.
Posted by tess at 10:24 AM

Tess, go ahead...take a chance. What's the wrose that can happen? In three months you will have been through the Christmas/Holdiay season and you can decide after that. This is the perfect time to do this. You need a change to continue with book selling of any sort. I am proud of you and know it will suceed. My husband said, Nothing ventured nothing gained. And he's right. An Elmer Follower

Thanks for the vote of confidence. I think the scary part is the speed with which I have to do this if I want to be open by the day after Thanksgiving, which of course I do! I vascillate wildly between "this is the coolest thing!" to "I need my head examined." Could be that both are true!