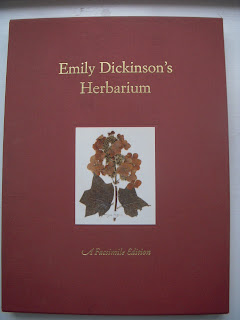 I’m not really sure that I have a point to make today, but I seem to have some stuff to tell you, so here I am, hoping that maybe the bits and pieces fall together and create something meaningful. I know yesterday was my day to post, but it occurred to me yesterday morning that I had decommissioned two hundred online books and had added absolutely none in almost a week. So I dived in at seven-thirty and kept at it until six-thirty when Eric got home, stopping only once to throw a roast and some veggies in the Crock-Pot for dinner. That’s the trouble with not hosting Thanksgiving – you don’t get the ceremonial leftovers. Some people don’t like them, but I consider them right up there with Santa Claus and the Christmas tree and was actually rather bereft over their absence. Fortunately, I was too busy to focus on it.
Tonight I  have to go to the antiques mall, so I’m hoping some more suitable books emerge from the leaning towers  surrounding me. Would you believe  it was closed Wednesday night after I spent the whole day processing stuff? They’re supposed to be open until six, but I guess they closed early for Thanksgiving, so tonight I ‘m dragging  the newly decommissioned  books over for the second time. As for whether or not the 1937 Birds of America sold or got kidnapped, I’m still clueless. They gave me a password to check my sales online but it doesn’t work. So now I have to hope there’s somebody there who can fix it.
One thing that’s interesting is my energy level right now .You’d think I’d downed a case of Red Bull the way I’m flying around. But I must be anxious too because this morning I was jolted awake by the weirdest dream. It doesn’t sound like much – Eric gave me the “and the interesting part IS?” look – but it really freaked me out. In the dream I had a cold and for some reason was sitting on the floor in Eric’s office which is the real office in the house (mine is upstairs in a bedroom because I’m messy). The doorbell rang and I sensed it was the mailman with a package, but I didn’t get up because I knew he would just leave it. So I sat there with my head on my knees feeling and looking like something the cat dragged in when all of a sudden I heard the door open. The next thing I knew I felt an enormous box pushed up hard against my arm. But when I opened my eyes no one was there. I woke with such a start I nearly sailed across the room like a Frisbee. So I think maybe that says it all about my state of mind. 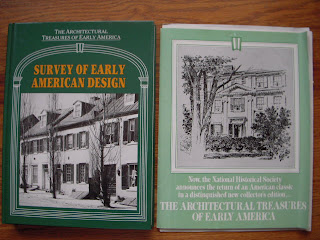 One very cool thing, however, is that the books I bid on at the Dayton book sale arrived yesterday – Emily Dickinson’s Herbarium and the set of architecture books. I had been a little worried about their safety given how badly many people wrap things, especially people who aren’t used to shipping stuff . But this lady nailed it. Wow – perfect! And so now you can see what I got. I bid $55 on the 16 volume architecture set (Architectural Treasures of Early America with its original paperwork) which I’ve sold twice before and $50 for Emily. Both are great, but my heart is with Emily who is every bit as exquisite as I remembered her to be. Eric fell in love with her too, so now there’s not a chance I will sell it. As I’ve mentioned before, I’m not so much a collector in the true sense of the word, but he is, and once he latches on to something the chances of wrestling it back aren’t high. So it looks like Emily’s our girl forever.
One thing I’m hoping to do today is find an auction that has a lot of books. We subscribe to a newspaper called Farm and Dairy, which is pretty funny considering that I break out in hives when the sidewalk ends. But we subscribe to it because it lists auctions all over the Midwest. There was a day when you could find one practically every week, but not anymore. The last time we went to one was in March or April when I bought an enormous box of The Architect Magazine from the 20’s and 30’s, published by Forbes, so you can imagine how drop-dead fabulous it is. But ever since then the pickings have been slim to none -- so much so that we’ve taken to calling the newspaper Farm and Dreary.
Well, anyway, there’s where I’m at the moment. It’s amazing to me that the holiday season officially launched yesterday. For some reason it doesn’t feel like it to me, though I did swap my normal blue ribbon for Christmas green when I wrapped orders this morning.  And yet … I don’t know. Something seems off about it. Maybe it was because I never got to see the Macy’s parade. In Michigan they preempt it so you can watch the one from Detroit. Yay.
Posted by tess at 9:28 AM

Email ThisBlogThis!Share to TwitterShare to FacebookShare to Pinterest
Labels: bookselling

I love your treasure and want that book! How much for the Emily????
Come on girl...just kidding. I know you will never part with it. I may begin to look for another one however. Good luck with the mall, and calm down just a bit. Have fun. Elmer Follower

I hear you -- it's a seriously gorgeous book. When I got it I was planning on keeping it, then I wavered, then Eric sat down with it and that pretty well decided it! I think it sells for around $150. I will keep an eye open for it and see if a cheaper one turns up. If so, I'll let you know. How's that?